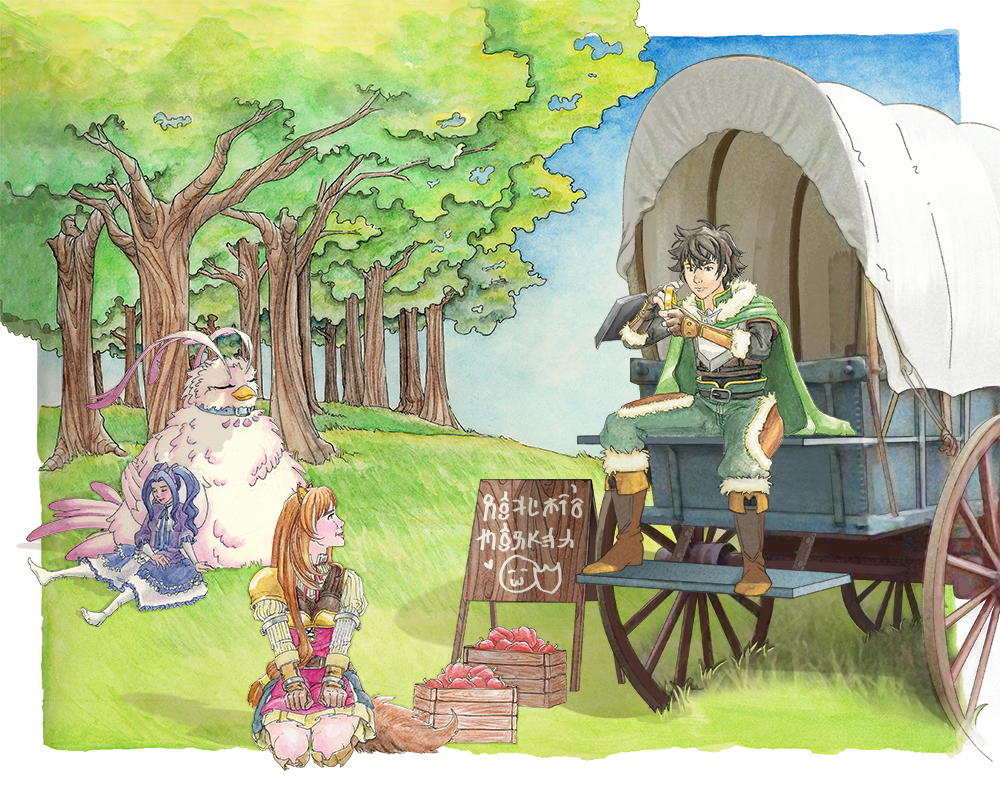 We’ve been watching a lot of anime lately. In preparation for Phoenix Fan Fusion this year I decided I wanted to practice some water colors and put together a piece based on The Rising of the Shield Hero (盾の勇者の成り上がり) animated television show.

The process I used for creating this one is quite a bit different from most of the other pieces I’ve made because I had a general idea for the composition but created all of the elements separately.

I did do a couple, super rough thumbnail sketch of the entire composition so I generally knew positioning and eyelines. Each character was sketched individually, mostly because I’m still getting used to watercolors.

This is the background, sketched, inked, and painted

There is a big jump here because I didn’t document much of the inking and painting process. These were almost entirely done by hand vs. digitally. I used micron pens and a mix of watercolor pencils (for those nice grass strokes) and a palette. I did end up re-positioning a few things like Rapthalia’s head / chin incline, tweaking the colors, and creating the wagon almost entirely digitally; I had tried to draw it but the perspective wasn’t meshing with the background.

Retrospectively, I also see some of the flaws – the shadows are kind of all over the place (for example: Naofumi’ and Rapthalia’s face and body seem a bit flat). In the future, I think making a single composition probably helps to alleviate some of those kinda of issues. But it was a fun exercise 🙂