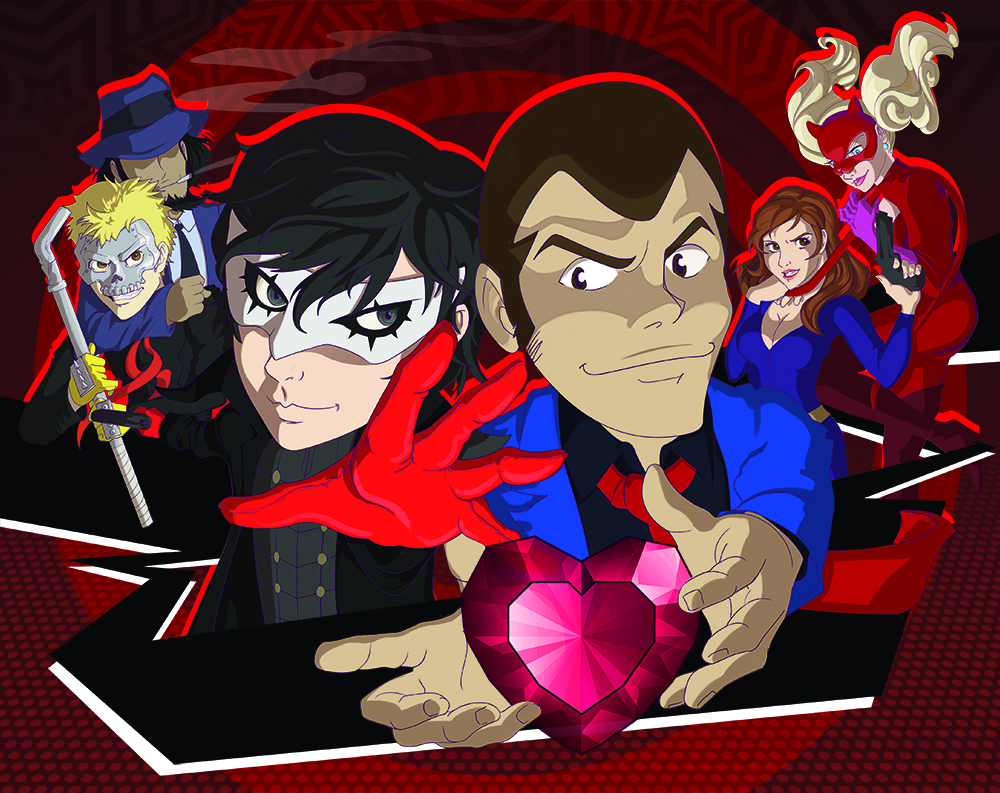 This project actually began shortly after the Persona 5 game was released, in roughly May 2017. I was watching my husband play the game and we talked about famous thieves throughout history and how they have been represented in pop culture. The initial idea for this piece is definitely his, he had a vision of Lupin vs. Persona and being that we’re both big fans of the Lupin the 3rd anime franchise it was a really fun side project. Unfortunately, May is an insanely busy time of the year for us as we prepare for our only fan-based event the Phoenix Comicon, so this idea remained a sketch for about 9 months. But then I worked on it on-and-off and we premiered the print at Phoenix Comicon 2018 (this year called Phoenix Fan Fusion).

Below I have listed some of the process and / or choices I made.

All-in-all: super fun, probably put too much thought into this – but I learned more about digital painting, shadows, and colored line art. 🙂